Requirements for a good smoke detector

Requirements for a good smoke detector

Smoke detectors, you often don’t think about it when decorating your house or securing your home. In case of a burglary, you may have lost some valuable belongings, but in case of a fire that is not detected in time, you have literally lost everything.

It was recently reported in all newspapers that smoke detectors on every floor of the house must be present! They save several lives every year if everyone owned them.

Because there is a lot of choice in smoke detectors, there is a good chance that you will buy one that does not warn you or does not warn you in time enough for a starting fire. In various tests that can be found online, smoke detectors that you can get cheaply from China via webshops such as Aliexpress and Alibaba are strongly discouraged. Many of these smoke detectors reacted far too late or not at all in a fire. It may be nice and cheap, products from that region, but it can literally kill you. Wrong economy, then.

Click here to go to the AJAX webshop to read the latest information and view products.

Consider this when purchasing a smoke detector:

The brand says a lot

If you buy a smoke detector from a well-known brand such as Nest (from Google) or one of the other large companies, you can be sure that you are buying a quality product with a corresponding effect. In other words, you can assume that the product does what it promises and warns you of smoke in time.

If you buy a smoke detector from China, unbranded or from a brand you’ve never heard of yourself, ask yourself if you can and want to rely on it when you’re asleep. The saying goes: Cheap is expensive. If a smoke detector does not work, it can cost you dearly.

The price also says something about the quality

Connected to your smartphone

If you’re not at home, but you do have a fire in the house, you can wait for bystanders or neighbours to see the flames coming out of your house without having to report it on your smartphone. By the time your neighbours notice this, half your house will probably already be gone. Do you ever visit your neighbours and leave your child at home alone or sleep in bed? Without smoke detectors that notify you of smoke via your mobile phone, this is demeaning. By immediately getting a report on your smartphone, you can react adequately and a lot of suffering can be prevented. Only the more expensive smoke detectors are connected via Wi-Fi and/or Bluetooth to be able to notify you.

The AJAX FireProtect is even connected to the unique Jeweller signal, which will notify you in all circumstances, even if the Wi-Fi and power in your home is completely out of order, thanks to constant connection to the Cloud and backup batteries.

Detection of smoke is of course the most important and almost the only purpose for which you get a smoke detector in your home. Isn’t it scandalous that Chinese webshops offer false security by supplying smoke detectors that don’t work? So think carefully before you get the wrong economy.

A number of smoke detectors not only detect smoke, but also, or only difference in temperature. As soon as the temperature rises faster than should normally be possible within a certain period of time, an alarm is triggered. This can also be easy for shopkeepers who use a fog generator to protect their household effects. A standard smoke detector would generate a fire alarm as a result. By looking at the temperature in that room, it could be determined whether the smoke originates from a fire or from a fog generator, which fog has started spraying as a result of a burglary attempt.

Carbon monoxide, also known as CO, is not known for nothing as the assassin. You don’t see or smell it but when you breathe it in it can have serious physical consequences. An average of 10 to 15 people die each year in the Netherlands as a result of carbon monoxide poisoning. A few hundred people end up in hospital. Carbon monoxide poisoning can really happen to anyone. It makes you sick and, in the worst case, leads to death. It is vitally important that people are aware of the risk of poisoning and how to prevent it.

Carbon monoxide poisoning is most common:

The more expensive smoke detectors are also able to detect the presence of CO for smoke and temperature rises. At AJAX, the FireProtect Plus can detect this.

Smoke detectors usually run on batteries. If the power fails due to a fire, this is of course an ideal power source that always works, provided the battery is not empty. This is where the big disadvantage with the cheaper smoke detectors lies. The battery is often a 9 volt cube, with only 200 mili ampere battery, which means they are fast and often empty. But that is not the only disadvantage. The smoke detector gives one loud beep every minute to indicate that the battery is empty. So if the battery is flat at night, you will probably wake up. And all this while a smoke detector should ensure a good, carefree night’s sleep.

Characteristics when battery is empty

When the battery is empty, the smoke detector will beep. When it beeps depends on which smoke detector you have, and whether it takes into account the time of day.

More expensive smoke detectors have a back-up battery in addition to the standard battery for detection operation. This backup battery allows the detector to warn you if the main battery suddenly runs out of power or the connection to the battery compartment is somehow no longer good. In this way there are 2 power sources that protect against unexpected power shortage. With the FireProtect from AJAX the backup battery is a Lithium CR2032 battery. The main power supply consists of 2x CR2 batteries. How full these two types of batteries are can always be read in the AJAX application.

Wake up by the siren

This depends entirely on where the detector hangs and whether only the detector that detects smoke produces sound or whether all connected detectors produce sound. With an AJAX system, not only would all FireProtect smoke detectors sound the siren individually, but also the HomeSiren, StreetSiren and all paired smartphones of AJAX users.

Deactivate in case of false alarm

False alarms can occur if the smoke detector is installed in the kitchen, or nearby. Vapours may be released during cooking, causing a Smoke Alarm to give an unnecessary alarm. Then it is easy if the detector / smoke detector can easily be turned off. With the more expensive smoke detectors this is better controlled than with the cheaper ones. To give an example, again from the Nest smoke detector because in our opinion it is very similar to the FireProtect from AJAX, the Nest always gives a message if it is switched off by the user using the Nest app or by pressing the button on the smoke detector. If there is smoke present that you would not have wanted to be warned about and you have turned off the Litter smoke detector, it will indicate with a clear voice every minute that the smoke detector is turned off but smoke is still present or in the process of being removed. As soon as the smoke from cooking, for example, has disappeared, the detector neatly reports that everything is in order again, and then automatically jumps back to the detection mode. When the smoke increases again, the siren will sound again.

Lifespan of a smoke detector

Smoke detectors generally have a lifespan of about 10 years, after which they need to be replaced completely. The reason for this has to do with the detection method on smoke. We will not elaborate on this, but after 10 years, the component that measures the quality of the air will have worn off, and will no longer be able to function reliably. So replace a smoke detector in time to continue to guarantee reliable operation.

Influence of dust on a smoke detector

Cleaning a smoke detector is necessary

The AJAX FireProtect has it all

All of the above options can be found in the AJAX FireProtect and FireProtect Plus (with CO detection), but we will summarise them for you:

What does the best smoke detector system consist of?

The Hub links the various smoke detectors (FireProtects) and relays them to the paired smartphones, and the sirens inside and outside ensure that the attention of bystanders is immediately drawn. A siren outside in particular will ensure that bystanders are also quickly informed that something is going on. If you’re not at home, but a fire breaks out, you’ll immediately receive a notification on your smartphone. Your neighbours will be warned by the outside siren. 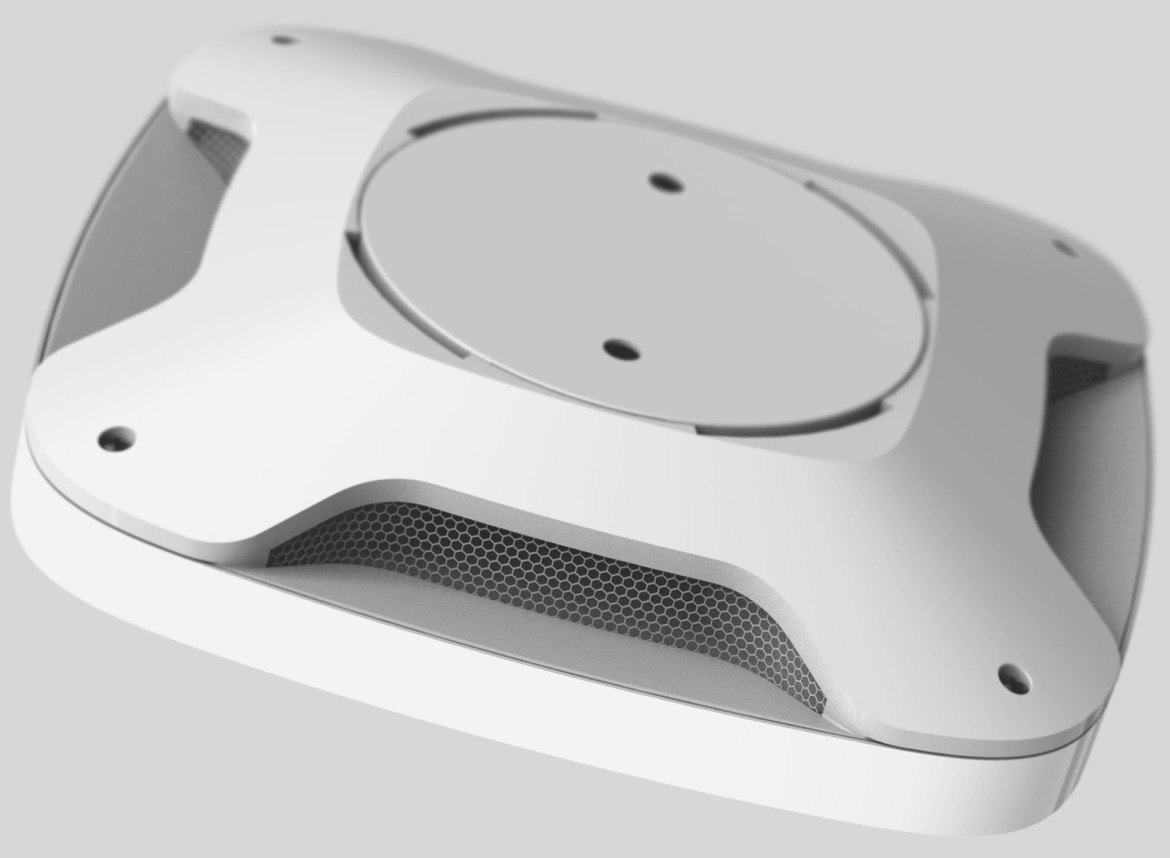 Also interested in the highest quality fire detection? Then take a look at our webshop.

Tip: Contact us for a nice discount on the price. The easiest way is to start a live chat with us via the button on the bottom left. (During opening hours)